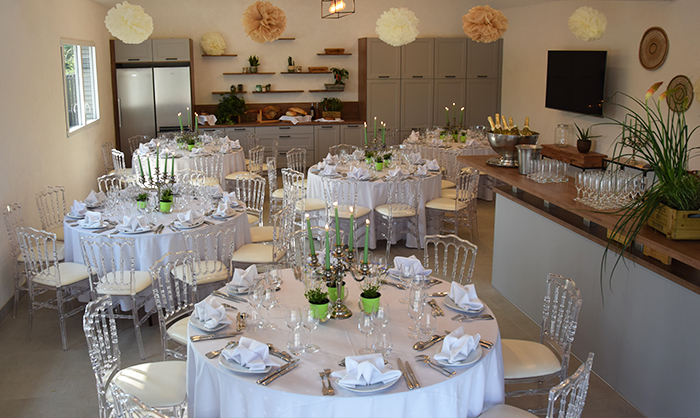 You are an individual 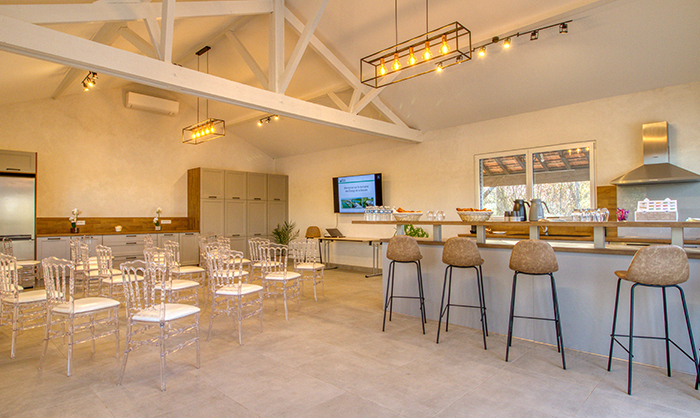 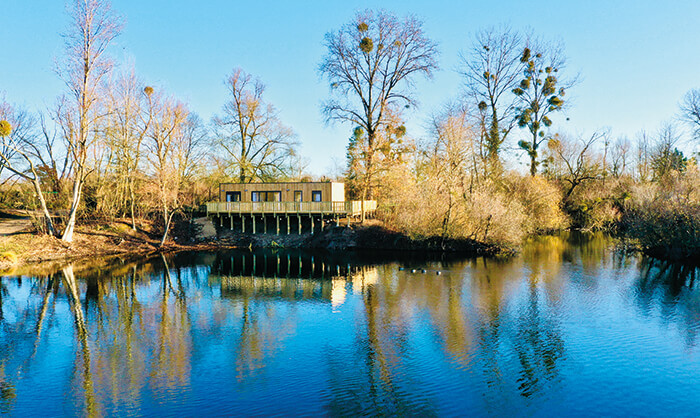 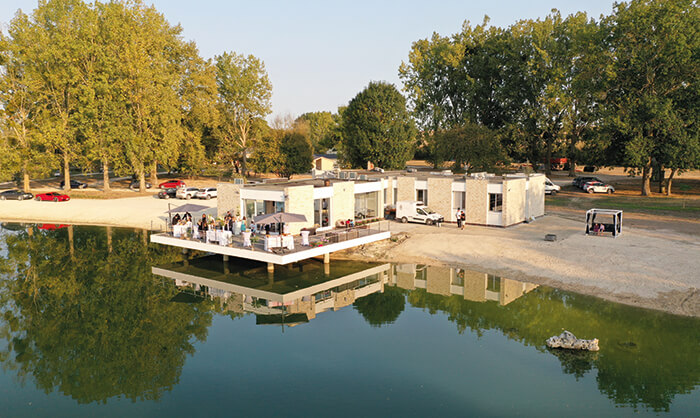 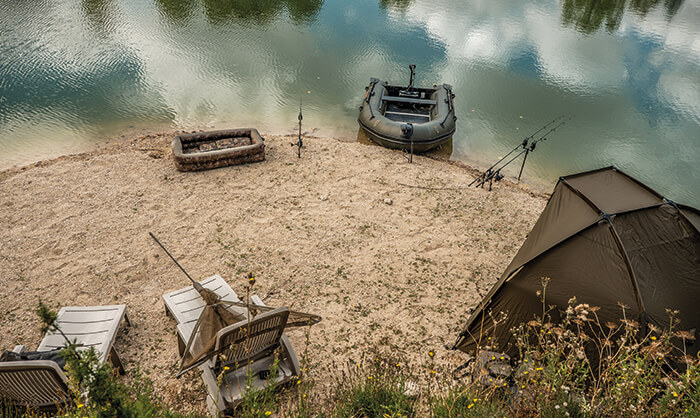 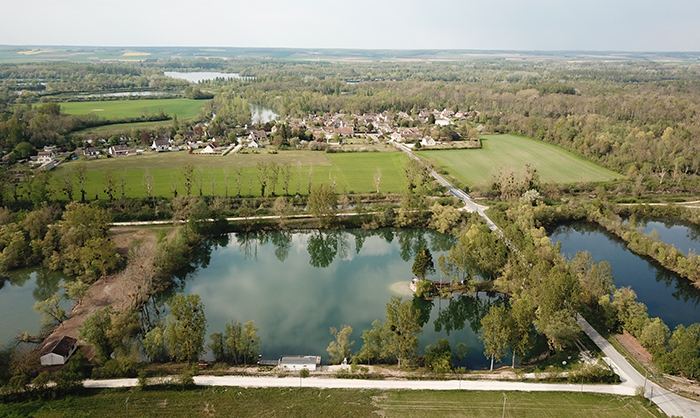 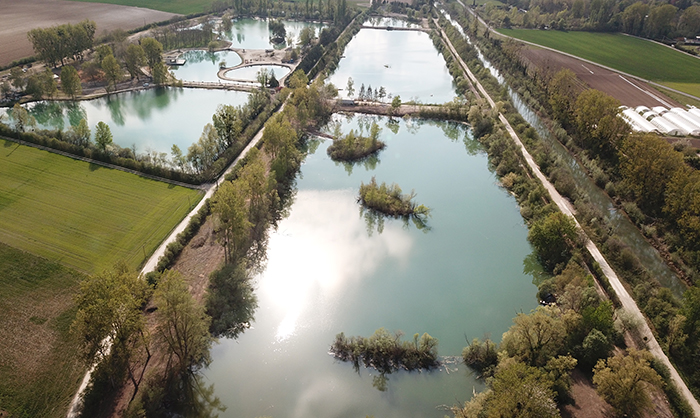 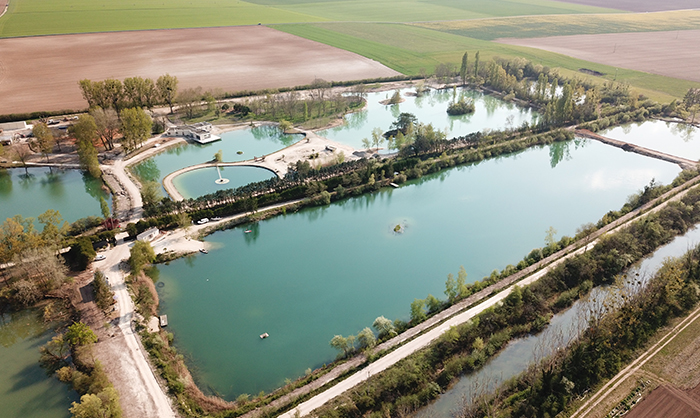 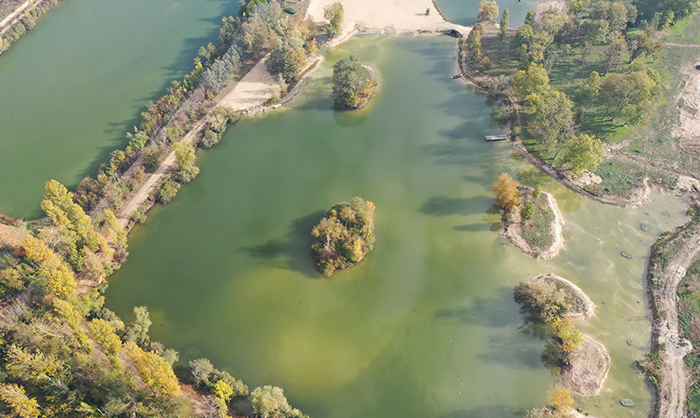 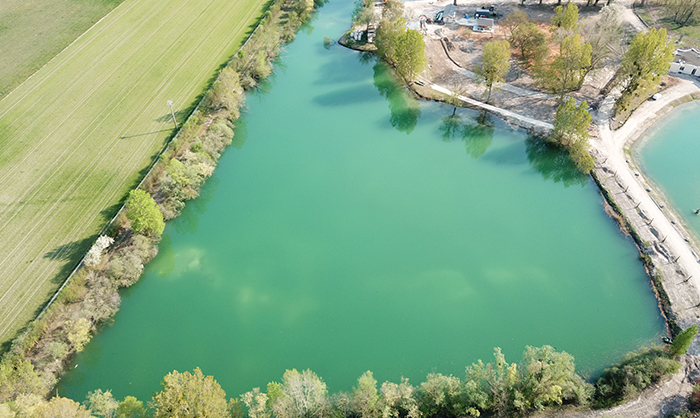 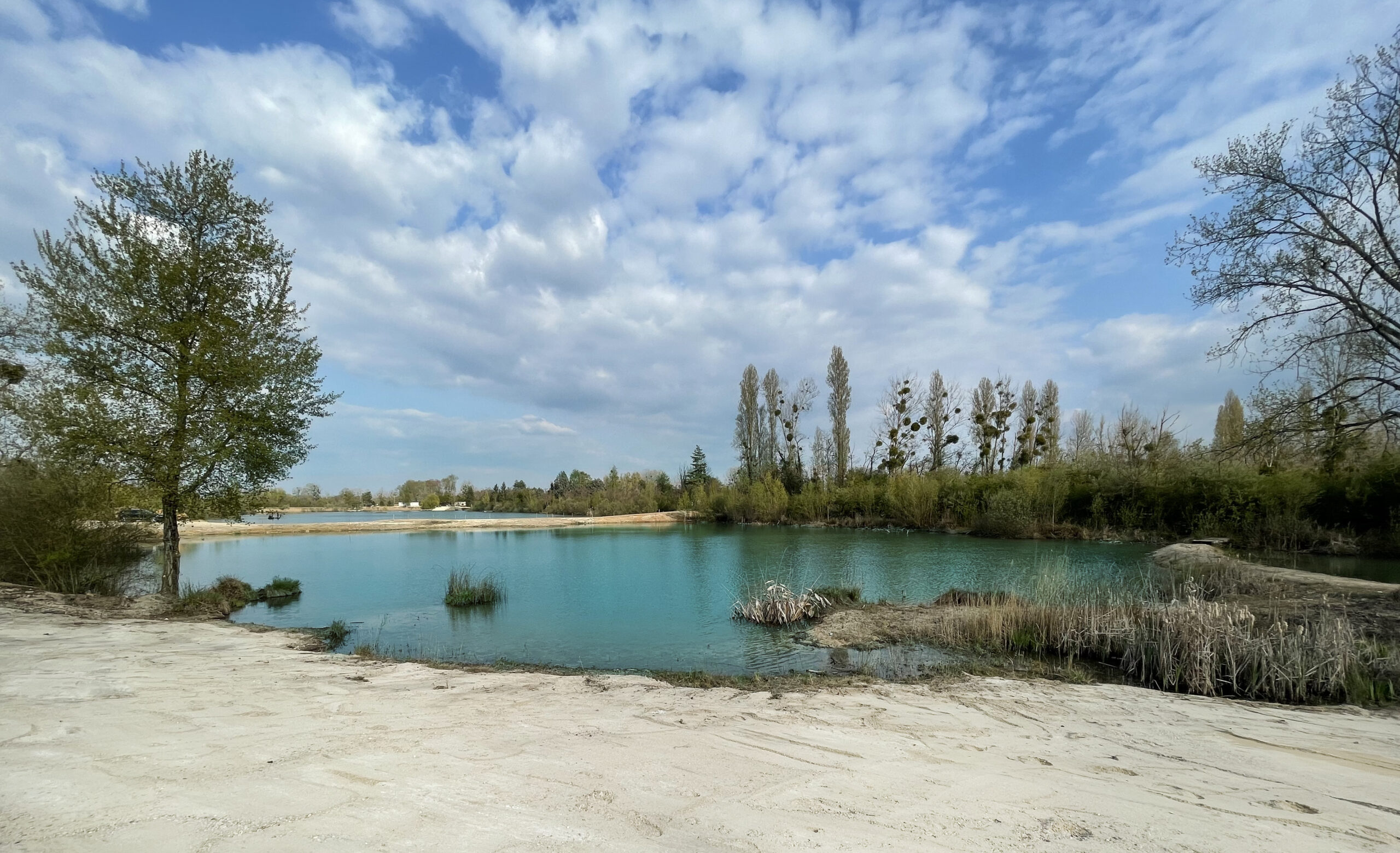 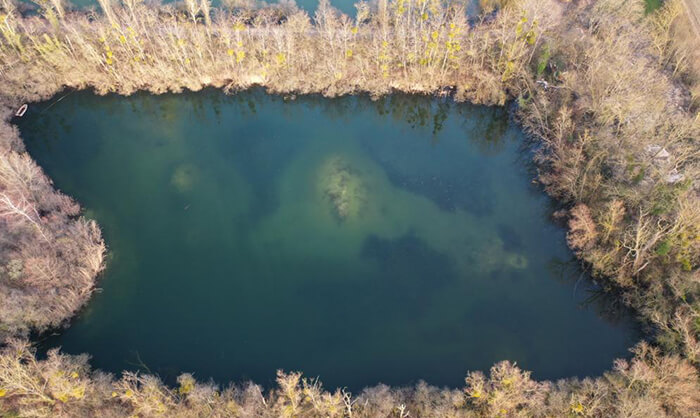 Set up your bivvy on your reserved peg.
Try to set a new personal best by fishing carp of nearly 30 kg while enjoying an unbeatable view of the lakes.
Please note that bivvies are not provided.
Pegs 3, 4, 5, 9, 10, 11, 13 and 15 can host a bivvy.
The other pegs can only be reserved with a lodge. 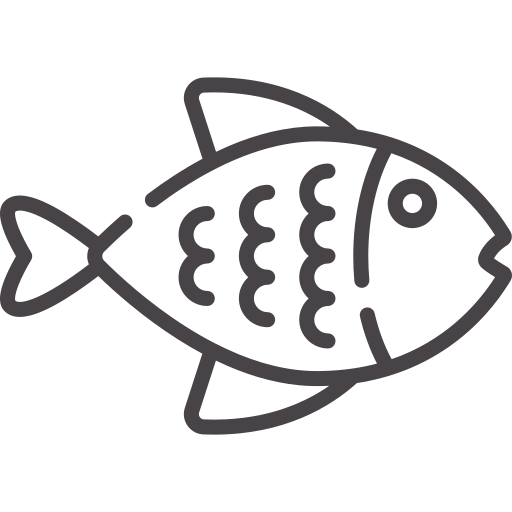 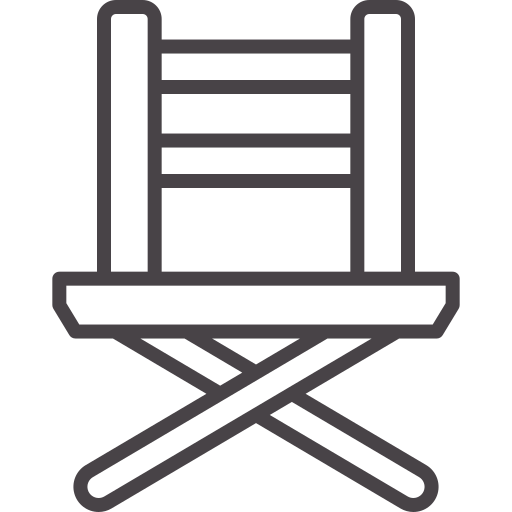 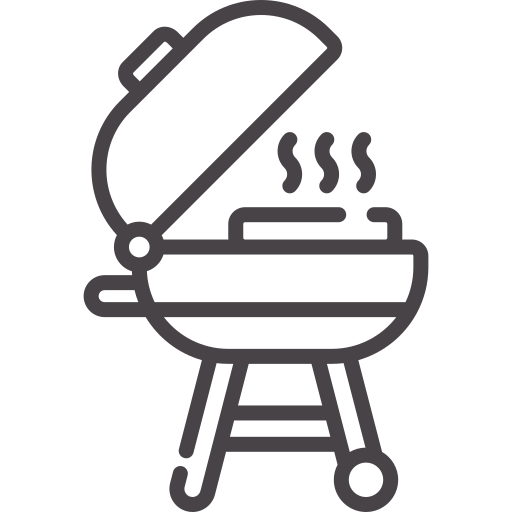 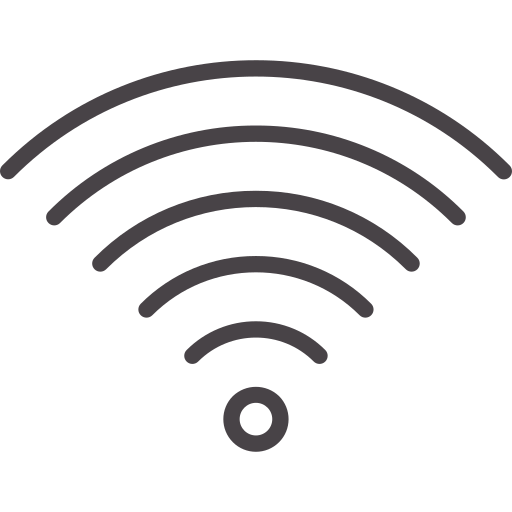 Wifi available on the whole estate 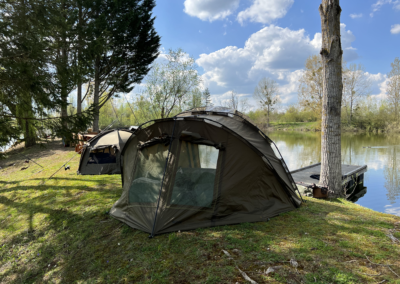 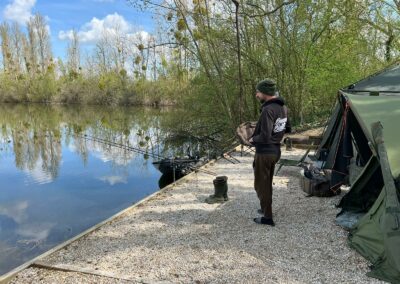 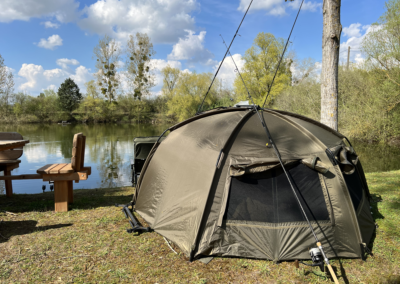 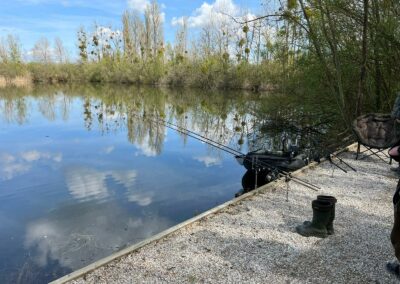 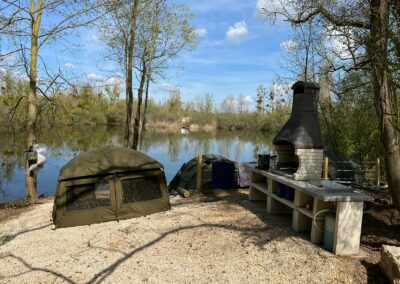 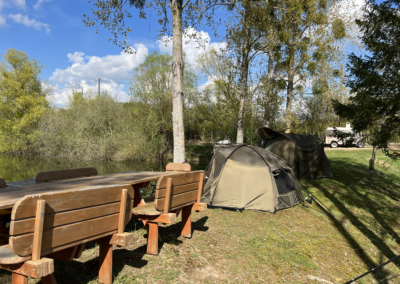 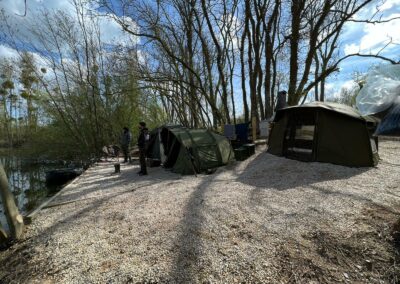 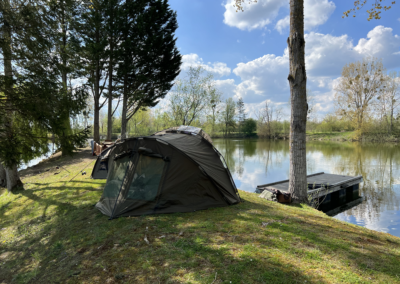 This peg allows you to fish a very calm section of the lake between a bank with dense vegetation and an island, sheltered from the dominant winds. This area is also covered with seagrass, where the fish love to swim and warm up at the start of the season. The left bank allows you fish a great stretch of the lake with lots of deadwood. The tip of the island on the left is a strategic point of the lake with lots of traffic on the second drop off. The seagrass is a great place to fish all year round as it is very persistent here. The right bank is very crowded with fish for anglers who love a challenge.

Orientation : Facing west, this peg receives the winds from the west on its left side, but it is completely sheltered from the cold winds.

Water depth : Average 2.50m. The depths can vary, from the soft mud on the crowded banks to the hard mud on the banks of the island.

This peg offers a multitude of fishing spots on the left, like the bay entrances and the island tips where you can easily find an area with a lot of fish. In the open water, a pebbly patch about 30 metres away is home to crayfish, and sometimes the fish come to feed right up to your feet, since this is a winter feeding spot. The fish love to come to the tip of the island as well as its margin. The island is shared with peg 5. To the right, the lake margin is too densely vegetated to fish in a way that is risk-free for the fish. The shore opposite can be fished if peg 3 isn’t occupied. It is easy to fish, whether casting from the shore or by dropping from a boat.

Water depth : This part of the lake is quite regular, with an average depth of 2.8 m on a bed of sand. The margins are comprised of various drop offs of 50 cm and 1.8 m with very hard pebbles. This peg is sheltered from cold winds.

Fishing is done face-on. This steep bank has a lot of vegetation, and the fish spend their day in the shade. These areas are relatively muddy, but some small, hard 20 cm shoals can be found about 10 m from the edge. The fish come out of the branches night and day for visits. The peg on the island also allows you fish the right side of the second island, which pegs 4 and 3 cannot reach. It is easy to fish, whether casting from the shore or by dropping from a boat.

Orientation : The island peg is very wild and faces north, so you can fish over the entire sunny bank.

Water depth : Average depth 3.00 m. With a depth of between 3.2 m and 3.5 m, the area is rather muddy, but some hard 3 m shoals can be found away from the branches. The right-side area is 2 m deep and quite soft and muddy.

The pontoon peg is located in the middle of the lake and can easily be shared by two people given the great number of fishing swims. It faces the sunny bank where the fish swim all day long. The bank with somewhat dense vegetation opposite can easily be reached by casting and offers great potential for performance fishing. On the right, the tip of the island is a perfect spot for whoever finds the sandy area. On the left, a sandy shoal can be found at 40 m, and a patch of clay behind the shoal is a very productive spot, especially in the winter.

Orientation : Facing north, this peg allows you to fish its banks in the sun all day long. At the end of the day, the sun’s rays hit the end of the pontoon, and the fish swarm to your shore.

Profondeur d’eau : Average 3.00 m. The bed slowly sinks to the beach and climbs up in two steps on the opposite bank. The left sand shoal emerges 2 m below the surface.

This peg is along the axis of the lake, offering many possibilities for two anglers. The left and right margins are places where fish pass all year round. Several harder spots can be found in the open water, with the end of a sand bed shared with the right peg in the middle of the lake.

Orientation : Facing east, this peg receives the cold dominant winds. Nevertheless, the fish stick around the peg’s margins on either side.

Water depth : Average 3.50 m. The bed is relatively sandy with some pockets of clay. Near the shore, there is a first drop to 1 m, often with vegetation, then a gentle incline towards 3 m.

As its name implies, this peg can be described as a beach. On its right, there is a bank with dense vegetation that overlooks the deepest part of the lake. There is a densely vegetated island facing the peg surrounded by plateaus of sand and deadwood, and there is an island very close by to the left. Fishing is difficult on the right side due to the angle, but the shore at the end on the right is very productive. It is rather muddy, but some harder shoals can be found where many fish come to visit. The big island is quite muddy as well, but the area on the right has more hard shoals about ten metres from the edge. The small island on the left has a beautiful, stepped point, and the shallow sandy channel is a place where koi pass through easily seen.

Orientation : This peg faces south, receiving sunshine from morning until evening. The entire right side receives a lot of cold wind. Despite this, the fish seem to come here throughout the year.

Water depth : Average 2.50 m. The whole of the open water in front of the peg is by far the deepest part of the lake, with 3.6 m on the right-hand side. The drop off by the big island is quite steep, but there is no drop off on the right side, where there is a big, hard plateau over the entire lakebed, and the bottom bank forms a softer trench.

This shady peg allows you to fish near the two big islands, depending on the nearby pegs, as well as at the lagoon entrance and the spawning ground, which are areas of passage for big fish.

Orientation : This peg faces northeast and can be fished in any weather. The beds are mainly sandy, which makes fishing easier. The margin areas around the island can be harder or softer depending on the foliage.

Profondeur d’eau : The bed varies little at this peg, going from 1 m for the water inlets to 2 m near the peg.

The beach peg overlooks a big part of the lake, especially the two left shores if you use a watercraft. The submerged trees towards the site’s entrance attract a great deal of carp. The hard areas are easy to find without having to go into the branches. Big seagrass can be found throughout the water with many small sandy shoals.

Orientation : The beach peg faces north and allows you to fish the southernmost-facing shores.

Water depth : Average depth 3 m. This beach peg softly slopes toward the first seagrass at a depth of 2.80 m to reach about 4 m. The opposite shores are rather deep, between 1.20 m and 2 m.